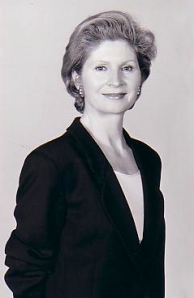 Born in Piacenza, Italy and residing in Australia, Teresa Desmarchelier is recognized as one of Australia’s leading Lyric Diction coaches.  Bi-lingual in Italian/English, she is fluent in French and Spanish and has a working knowledge of German.

Currently Language & Lyric Diction Coach with Opera Queensland and the Queensland Conservatorium of Music, Griffith University, Teresa also lectures in Italian and French Phonetics at the School of Music, University of Queensland. A visiting artist of The Royal College of Music, London, the Australian National Academy of Music and The Royal New Zealand National Singing School, she has also collaborated in Vocal Programs and Master Classes with Dame Joan Sutherland OM AC DBE, Margreta Elkins AM, Marilyn Richardson and Anna Sweeny AM.

In 1988 Teresa was engaged by the Queensland Conservatorium to take charge of the language training of voice students at undergraduate and post-graduate level.  In the teaching programs she has been fully involved in every aspect of the singers’ linguistic training – from classes, workshops, group and individual sessions to coaching for performance in the Conservatorium’s yearly opera productions, opera scenes and concerts.

Teresa’s lyric diction training skills are distinguished by her own knowledge of the singing process and by her deep understanding of the symbiotic relationship between voice, music and language, an understanding she attributes to her long and consistent collaboration with voice teachers, accompanists and chorus masters.

Since 1991, when she joined Opera Queensland as language and diction coach in Italian and French she has assisted professional singers in refining pronunciation and achieving textual expressiveness in performance.

A significant part of her duties has also been the language preparation of the Opera Queensland Chorus and the training of the company’s Young Artists in language acquisition, recitative and translation techniques.

The collaborative connection established with the artists during rehearsals reaffirms Teresa’s conviction of the vital connection between music and language in successful performance.

As a specialist language consultant, she has extended her coaching skills to work with artists of live theatre such as Robyn Nevin and Amanda Muggleton, both of whom she coached for the role of Maria Callas in Terence McNally’s internationally acclaimed play “Masterclass”.

Teresa divides her time between Australia and Europe assisting singers with the full linguistic preparation of operatic roles, particularly recitative techniques, in which she specializes.